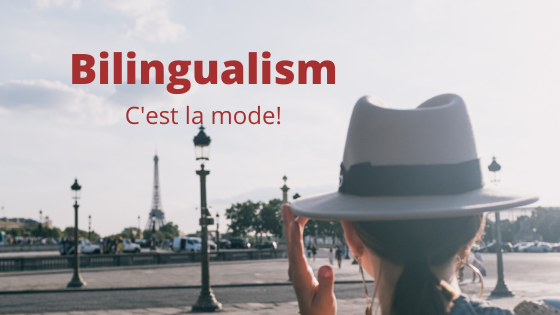 
“Multilingualism is not about what languages can do to people; it is about what people can do with their languages.” Madelena Cruz-Ferreira, Linguist

We are fortunate to be living in an era and a country where learning languages is all the rage. Gone are the days when immigrants were expected to forget their mother tongue and replace it with mastery of the new country’s language.  In fact, today being a monolingual is to be a minority. It is estimated that more than half of the world’s population is bilingual.1,2 Today we read, discuss and debate terms like bilingualism, multilingualism and monolingualism. We research and publish articles, books, blogs and podcasts on the benefits of communicating in other languages and the various ways to become bilingual. And of course we are in constant search for the best avenues to foster bilingualism in our children.


So what do these terms mean? Bilingualism is simply the capacity to express oneself easily in two languages in daily life. Multilingualism is the ability to communicate in three or more languages. In this chapter we will use the term bilingualism for the sake of simplicity. Additionally let us hope that while living in France, we too will become bilingual with time!


Today there is still a debate about the level of proficiency one needs to obtain in order to be considered officially bilingual. The idea of equal language proficiency in the domains of speaking, listening, reading and writing is not only difficult to determine but, it is not realistic.  This is perhaps the main misconception bilinguals face as they use their languages for different contexts of their lives (school, work, home, etc.). A bilingual may have dominance in one language or not be literate in another. A bilingual may know a language receptively, meaning they only understand it and yet not be able to use the language to express themselves. Language dominance may even change during a person’s life depending on the circumstances in which they need to use their languages. Only a small minority of people have equal and perfect fluency in all of their languages. Equal bilinguals are rare.


How then does one acquire more than one language, when is the right time and what about language mixing? The circumstances of how one becomes bilingual are numerous and there is no single best model that suits everyone. For example you might know of the one parent one language approach (OPOL). This is when the mother speaks one language to her child and the father uses a separate one (whether or not the two parents speak each other’s language). Another mode is for a child to learn one language at home and another language at school. But whatever the plan, it is important to keep in mind the key factor to learning any language is need. If a child realizes that it is a necessity to learn to communicate using all of his or her languages, he or she will acquire the language(s). Anytime in one’s life is a good time to become bilingual. There is no right time. It appears to be easier the younger we are, however, we can learn languages simultaneously and or consecutively. And of course, the younger we are the more likely we are to acquire the native accent. (Note that having an accent does not make one more or less fluent or bilingual.)  Additionally, it is perfectly normal for children learning multiple languages to “code switch” or “code mix” languages as they learn. It is also perfectly natural for them to code switch later when speaking to other bilinguals. This cognitive flexibility allows them to better express themselves using bits and pieces of one language that are better said in another.  Ultimately though it is important to remember successful language acquisition occurs when one is exposed to rich and diverse language experiences in all languages being learned. This means in the domains of reading, writing, listening and speaking.


What about literacy and the bilingual child? This subject alone educes much discussion and question. How can my child develop literacy skills if they do not attend a bilingual school?  Unfortunately many families, whether monolingual or bilingual, do not have access to bilingual schools. Even though it certainly makes acquiring literacy skills easier, parents can still have biliterate children even if they are educated in monolingual classrooms. Should my child learn to read in one language first and then another? Will the encoding and decoding knowledge transfer to the other language? What if the languages have different alphabets? Just as a child can learn to speak several languages, he or she can learn to read in consecutive languages or in both simultaneously.  It ultimately depends on what is best for a family. These are valid questions that will require some parental creativity as a child learns to read. Being able to pair symbols to speech sounds is a skill that takes time for most children to develop. Any confusion a bilingual child might have initially will be solved with time.


My child has a disability and/or has been diagnosed with a language disorder, will learning two or more languages cause speech delay? Historically it was thought that if a child was having trouble learning one language then two languages would be harder to acquire and exceed his or her language-learning capacities. Unfortunately this belief is still being circulated today. Research shows if a child has a language disorder in one language he or she will have it in their other languages. Research also demonstrates there is no correlation between multilingualism and language delay.1-3  Both simultaneous and sequential bilinguals with language impairment can learn second languages but not with any greater difficulty than their monolingual peers with the same language impairment.4-8,14 Learning one language will not impede the development of another; in fact research shows it is a benefit.5,14


Likewise it is important to not stop speaking the home language to a child with a language disorder.  Historically experts advised parents to speak the dominant or the country’s language to their child thinking that bilingualism was a burden to a child with language impairments. Several problems may arise when this rule is applied: If parents communicate with their child in a language they are not comfortable in, it may jeopardize the relationship in emotional and psychological ways. Emotion, culture and identity are best transmitted in the home language.13 By not speaking the home language, children risk to be excluded from family discussions, decisions, gatherings, etc.11,13  Additionally, by asking the parent to speak in a non-native language to their child, it ultimately serves as a poor communication model.5  Parents are better communicators in their native languages. Building a strong foundation in a child’s home language will better assist the development of a consecutive language.


Lastly, should a child need educational and developmental testing, it is encouraged to do so in all of their languages whenever possible. The reason being is that bilingual speakers do not possess equivalent skill sets in their various languages.10  By assessing each language, it allows clinicians and educators to have a more equally balanced language profile of a bilingual child and to help them rule out language disorders versus language differences. Language differences are aspects of normal language development such as pronunciation or grammatical errors a child makes when acquiring language and should not be mistaken as a language disorder.  Should a bilingual child require language therapy, it is encouraged to seek treatment in all of his or her languages to better support and develop their language skills.12 Just like a neurotypical child, rich language experiences are needed for commensurate language development for children with disabilities.1,9 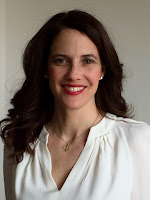 ABOUT THE AUTHOR:
Alicia Saba, M.Ed.,CCC-SLP, moved from NYC to France in 2003 with her French husband.  She is a practicing speech-language pathologist who worked for numerous years in hospitals and medical settings in the U.S. and now treats children and adults in the Paris area. Alicia is rearing three bilingual and bi-cultural children 2ème (10th grade), 6ème (6th grade), and CE2 (3nd grade) in public schools in Paris and takes particular interest in the education of SEN children.